Local Lock understands when you need an emergency locksmith, you need them *now*. We offer residential services as well as commercial, and take care of various types of locks and models. Don’t be afraid to contact us at 407.915.4511 for more information.

Trained Professionals Equipped To Do a Stellar Job

Our professionals here at Local Lock are highly trained and experienced to handle all types of locksmith situations from a car lockout to duplicate keys. Our service is friendly and thorough, and we make sure to let you know exactly what’s going on, give you a fair and accurate estimate, and leave you with a sense of satisfaction.

When you’re in Winter Garden, know you’ve got a quality locksmith around the corner.

As locksmiths in Winter Garden, we know what it takes to service the good people of the community. We’re prompt, locally owned and operated, and quick to arrive to (and complete) jobs. No matter what the situation, we’re ready to respond. Give us a call today!

Things to do in Winter Garden

Located approximately 15 minutes west of Orlando, Winter Garden is noted as a “charming city with a juicy past”. Ideal for growth due to its proximity to Orlando, Winter Garden has a blend of culture and fun that’s suitable for people of all backgrounds and ages. Go to the Farmers Market and get some fresh produce or catch a show at the Garden Theater.

Winter Garden Farmers Market: With a name like Winter Garden, you’d imagine that there would be a farmers market. You’d also imagine that that farmers market was amazing, filled with fresh and organic produce that you most likely wouldn’t find anywhere else. Well, you’re right. With numerous vendors and live entertainment, the Winter Garden Farmers Market is a great way to spend a Saturday afternoon. Artisans pack the streets with their collections of fruits, plants and herbs to give you exactly what you’re looking for.

Crooked Can Brewery: Nestled just a couple of blocks away from the Farmers Market, you’ll find this gem of a brewery with a large selection of delicious craft beers. In addition to the brew, you can also get some delicious mac n cheese or a pizza pie to pair with your beers. You can also sit outdoors if you want to take in the day.

Garden Theater: Built in 1935, the Garden Theater was initially built as a single-screen theater but has developed into one of the premier theaters in the Orlando area. If you’re into supporting the arts, the Garden Theater is a great hub for true artistry. Whether it’s a live show, concert, or movie showing, the theater hosts a multitude of various performances so you’ll definitely get your money’s worth when you visit.

Local-Lock is the premier locksmith in Orlando

Local-Lock LLC is a locksmithing company in Orlando that handles emergency lockouts, car lockouts, and security for residential and commercial entities. We operate 24/7 and customer service is our top priority. 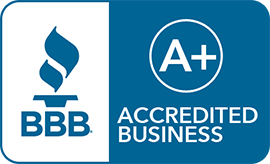